Your cart
Home / In the Studio / All About Birthstones - August 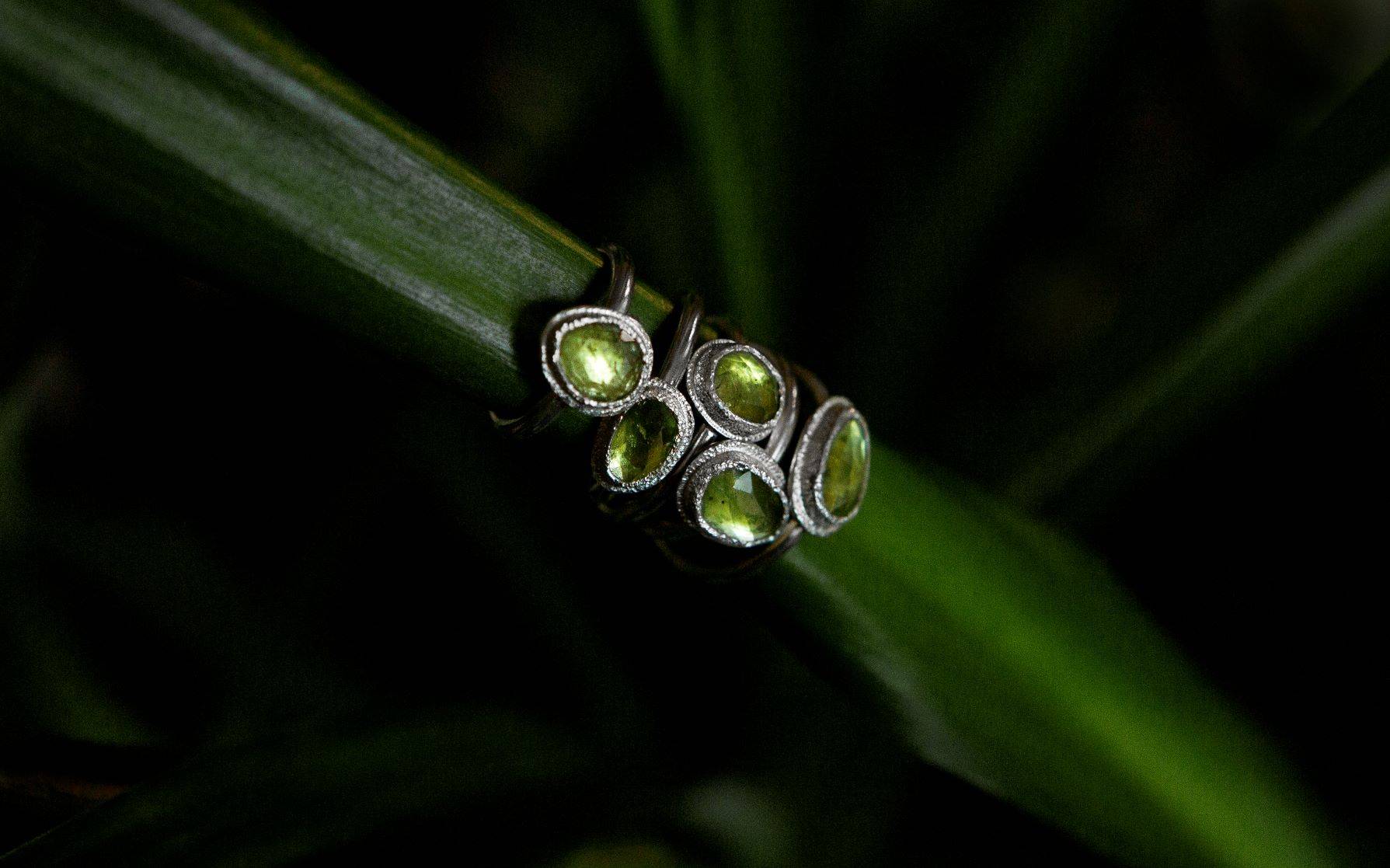 Late summer is the time for savoring the warm weather, getting your hands on the last of the season’s fresh fruits and veggies, and dressing in bright, playful colors. Peridot, the birthstone for August, hits all the marks with its unmistakable apple-green hue and sparkling internal characteristics. Under the surface of these delightful gems lies an extraordinary story about their origins.

Peridot is the gem variety of the mineral Olivine (so named for its olive-green color). This mineral is typically found in volcanic areas, and forms deep within the Earth’s mantle. The crystals come to the surface as a result of the fire and brimstone of tectonic plate movement and volcanic activity. They are often found in basalt, a type of volcanic rock which is rich in iron and magnesium; iron is the primary coloring agent for Peridot.

Sometimes, although rarely, Peridot is found in extraterrestrial formations, like meteorites, that have found their way to Earth. Although this makes sense from a geological standpoint (the matter that forms rocks on earth is virtually the same as the matter that forms meteorites and planetary bodies), these little green gems can be imagined as celestial messengers, carrying with them the elements formed in the totally alien environment of outer space.

In 2006, a rare type of meteorite called a Pallasite meteorite (after the scientist who first discovered this type of extraterrestrial rock) landed on a farmer’s property in Northwest Missouri, bearing green olivine crystals embedded in an iron and nickel-based host material (matrix). Although the olivine discovered in this meteorite were not of gem quality, the rarity of their presence on earth as part of a meteorite made the meteorite extremely valuable, fetching a price of over $850k. Interestingly, “Pallasites are thought to represent material from the boundary between the asteroid’s metal core and the olivine of its lower mantle,” and can provide clues about the way our own planet formed long ago (see source: EarthSky.org).

More commonly, these gems come to us as a result of earthly forces. In 2018, we got a glimpse of this when Hawaii’s Kīlauea volcano erupted. In the aftermath of the eruption, locals began to find tiny green crystals of the mineral olivine, which had been brought up to the surface during the course of the volcanic activity. Although these were tiny crystals that were not gem-quality (and thus technically not “Peridot”), it is still amazing to think about how nature provides beautiful surprises amidst the destruction and chaos of a geologic event like a volcanic eruption.

Any way you slice it, Peridots are a fine example of the way ordinary elements like iron and magnesium can come together under the magnitude of nature’s forces and create beautiful gems that we can use to adorn our own Earthly bodies.