Your cart
Home / In the Studio / All About Birthstones - December 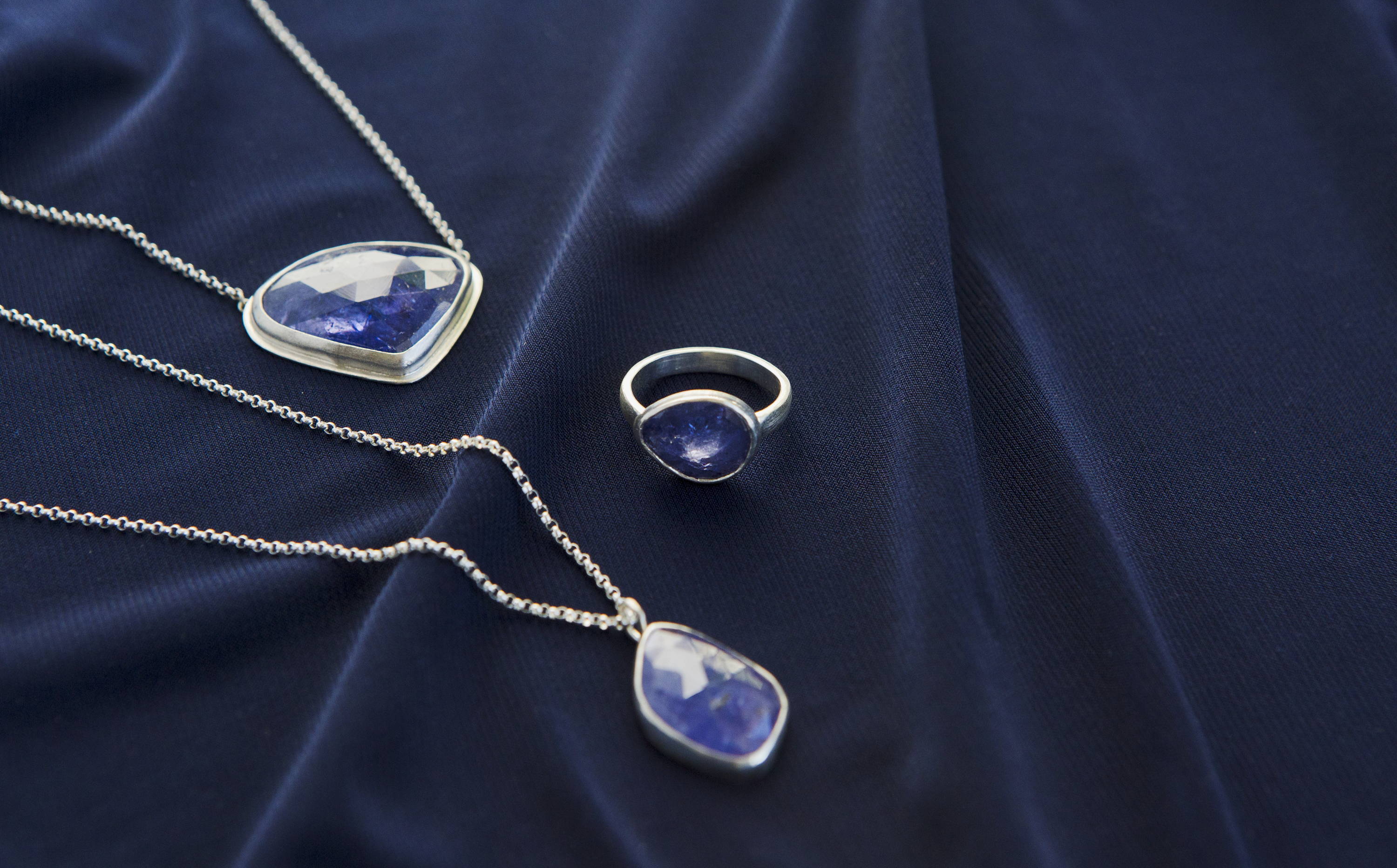 This year sure has been an adventure. So many things have happened that none of us expected to happen, but we are all adapting and working to find the silver linings. Sometimes we end up swept up in what feels like a universal twister, forcing us to land in places we never planned to land in, but sometimes that leads to new discoveries about ourselves, and we realize our fullest potential. This month we celebrate Tanzanite as the December birthstone--and there is a lot more than meets the eye to this gem. The story of its discovery poetically embodies how I’ve been feeling lately, in response to this crazy, chaotic year, and gives me hope that something beautiful is on the other side.

Found only in the Merlani region of Tanzania, at the base of Mount Kilimanjaro, Tanzanite is a fascinating and rare gem-quality form of the mineral Zoisite. Zoisite occurs in a range of colors, but is typically a greyish-brown color; the deep blue to purple tones of Tanzanite were actually discovered by happenstance in an incredible turn of events: the story goes that a lightning strike caused a brush fire, heating surface-level brownish zoisite crystals and thereby turning them an intense blue. It wasn’t until a Masai cattle herder stumbled upon them and reported the sparkling find to a local mining authority, thinking they were sapphire, that the gem’s true color potential was discovered. The circumstances bringing about the discovery of this gem’s true beauty and potential were intense and destructive, but resulted in something even more stunning and valuable.

This natural heat-treatment was then replicated in a laboratory setting, when scientists and gemologists observed that they could heat vanadium-bearing zoisite crystals to change lighter greyish tones to a deep blue-violet, intensifying the stone’s depth of color and thus its value in the gemstone market. Heat-treatment has existed for centuries and is a fairly standard laboratory treatment in the colored gemstone market, and in the case of Tanzanite is helpful in bringing out the gem’s other fine qualities. You can read more about gemstone treatments in our November blog post here.

Heat-treated or not, one of the most interesting things about Zoisite/Tanzanite is that it is naturally pleochroic, meaning its crystal structure refracts light differently in different directions, allowing the gemstone to display different colors when observed from different angles. A single Tanzanite crystal can display color ranging from pale lavender to deep violet-blue depending on the angle at which it is viewed.

Tanzanite is also believed to embody certain metaphysical properties; it is thought to “facilitate a higher consciousness and stimulate intuition and perception,” and to provide comfort and calm in times of stress. “Because it takes intense heat to bring forth this stone's full potential, it [is also believed to have] the ability to bring forth the wearers' full potential and help them get in touch with the alternate side of their personality.”

The vibrant blue and purple tones of this sparkling and storied gemstone remind us that sometimes, what first appears as adversity is actually encouragement in disguise, that we often emerge from the hardest and most painful parts of life fuller and more beautiful than before.