Your cart
Home / In the Studio / All About Birthstones - June 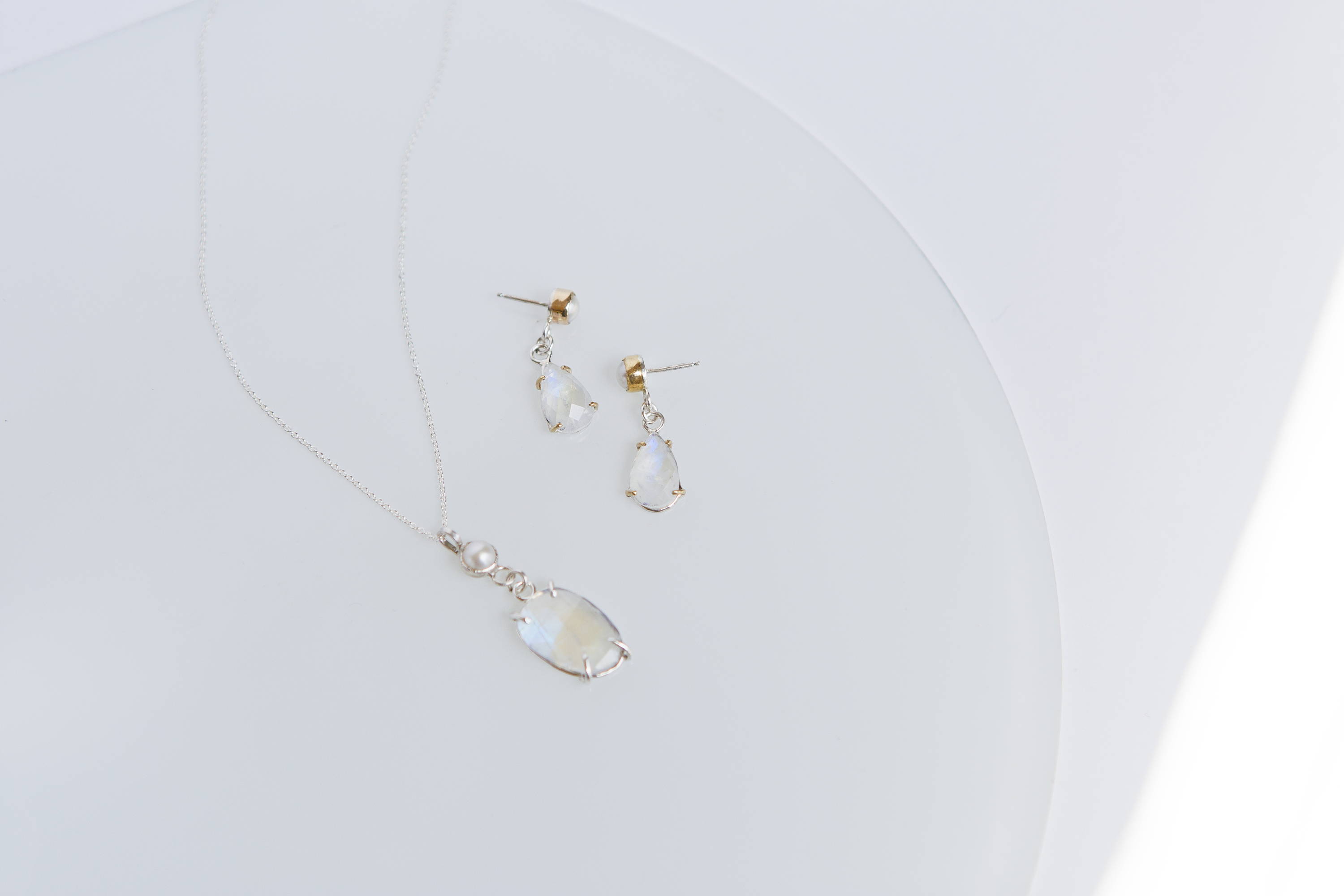 Those lucky June babies! They have not one, not two, but three awesome gemstones to celebrate the month of their birth.

Traditionally, the birthstone for June is Pearl. Pearls are not true gemstones, but rather are classified as “organic minerals.” This means that pearls form not in a crystalline structure, but instead form from a biological process. Pearls result from an oyster that has enveloped a tiny particulate and covered it with many layers of a calcium-rich fluid called nacre. Over time, the nacre builds up to form the lustrous pearls that we are familiar with. Other types of organic “gemstones” include petrified wood, jet, and ivory, which all come from carbon-based life forms. Pearls are very rarely found in nature, so most of the pearls commercially available are cultured or farmed from freshwater mollusks.

Moonstone, on the other hand, is definitely classified as a gemstone. A variety of the mineral Feldspar, Moonstone forms in two slightly different ways, and are classified as either orthoclase or plagioclase feldspar, depending on their slightly varying chemical compositions. The crystals sometimes appear glassy and transparent, and can be cut to showcase optical qualities such as chatoyance (cats-eye) or adularescence (which appears as light floating just under the surface of the cut stone); alternatively, Moonstone can sometimes be of a denser, more opaque composition, and can display labradorescence, a prismatic flash of color that appears with the right lighting (this variety is sometimes called “Rainbow Moonstone”). Both forms are beautiful and have been used in jewelry and as talismans for many centuries. Ancient Hindu texts have been found to describe Moonstone as solidified moonbeams, and many cultures throughout history have revered it as a symbol of luck, fortune, and especially of feminine energy and motherhood.

Of the June birthstones, Alexandrite is definitely the most unusual. It is a rare form of the mineral chrysoberyl, distinct in that its color changes in different light as a result of the way the mineral structure absorbs the light. It is also pleochroic, meaning that it can appear different colors depending on the angle at which it is viewed. Like Moonstone, Alexandrite can also display chatoyance. One gemstone with three different phenomena--no wonder it’s a rare one! Because of its rarity in nature, gemologists and scientists have developed a way of synthesizing it. Synthetic gemstones have the same chemical, physical, and optical properties of their natural counterparts, but are grown in a lab instead of in nature. The process of gemstone synthesis allows us to have access to this amazing stone.

All of these gems are beautiful, and serve as reminders of the amazing science that brings them to us. Be sure to check out our June Birthstone collection to see Pearls and Moonstone pieces handmade in Sterling Silver and 14k Gold. And, if you love gemstones as much as we do, take a look over on the Gemological Institute of America (GIA) website to learn more about them!