Your cart
Home / In the Studio / About Herkimer Diamonds

Written by Christine Heidel
Previous / Next

If you've been in the shop, you've likely heard us talk about a particular gemstone called Herkimer diamond quartz. Let's take a bit of time to dive into what Herkimer diamonds are and why we love them so much around Silver + Salt.

Herkimer diamonds are not actually diamonds at all. They are a form of double-terminated quartz crystals that began forming 500 million years ago in the dolomite outcrops throughout Herkimer County, New Year and the Mohawk River Valley. These crystals were discovered in the 18th century and given the "diamond" nickname because of their exceptional clarity and natural faceting.

Each stone naturally forms with two points and around 18 facets. The Herkimer diamonds you see in our jewelry are not cut or polished in any way. While you can find double terminated quartz crystals in other parts of the world - only those that are mined in Herkimer County can be called "Herkimer diamonds".

Herkimers can be exceptionally clear and colorless or they may be included with air bubbles or flecks of black carbon. If you are lucky, you will come across a stone with an en hydro inclusion - a bubble of water that was trapped in the crystal during its formation. 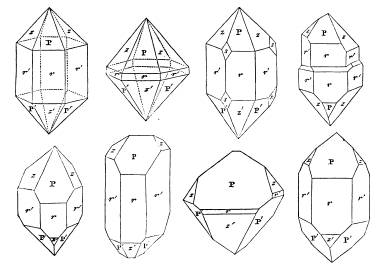 Some of the natural shapes and faceting patterns that you see in Herkimer diamonds.

I started using Herkimers in my work in 2014. I came across them at a local rock shop and became completely enamored with their unique shapes and wonderful sparkle. I purchase all of my Herkimer diamonds directly from the mine in Herkimer, NY and love that I can use a beautiful American mined gemstone in my work. Bonus: Herkimers are an exceptionally durable stone that holds up well to everyday wear. A gentle cleaning with some a mild soap or glass cleaner is all you need to keep your crystals sparkling.

The Classic Herkimer collection features Herkimer diamonds that are set in 4 prong settings. These designs really allow the stone to take center stage so you can fully appreciate its shape, natural faceting and clarity. 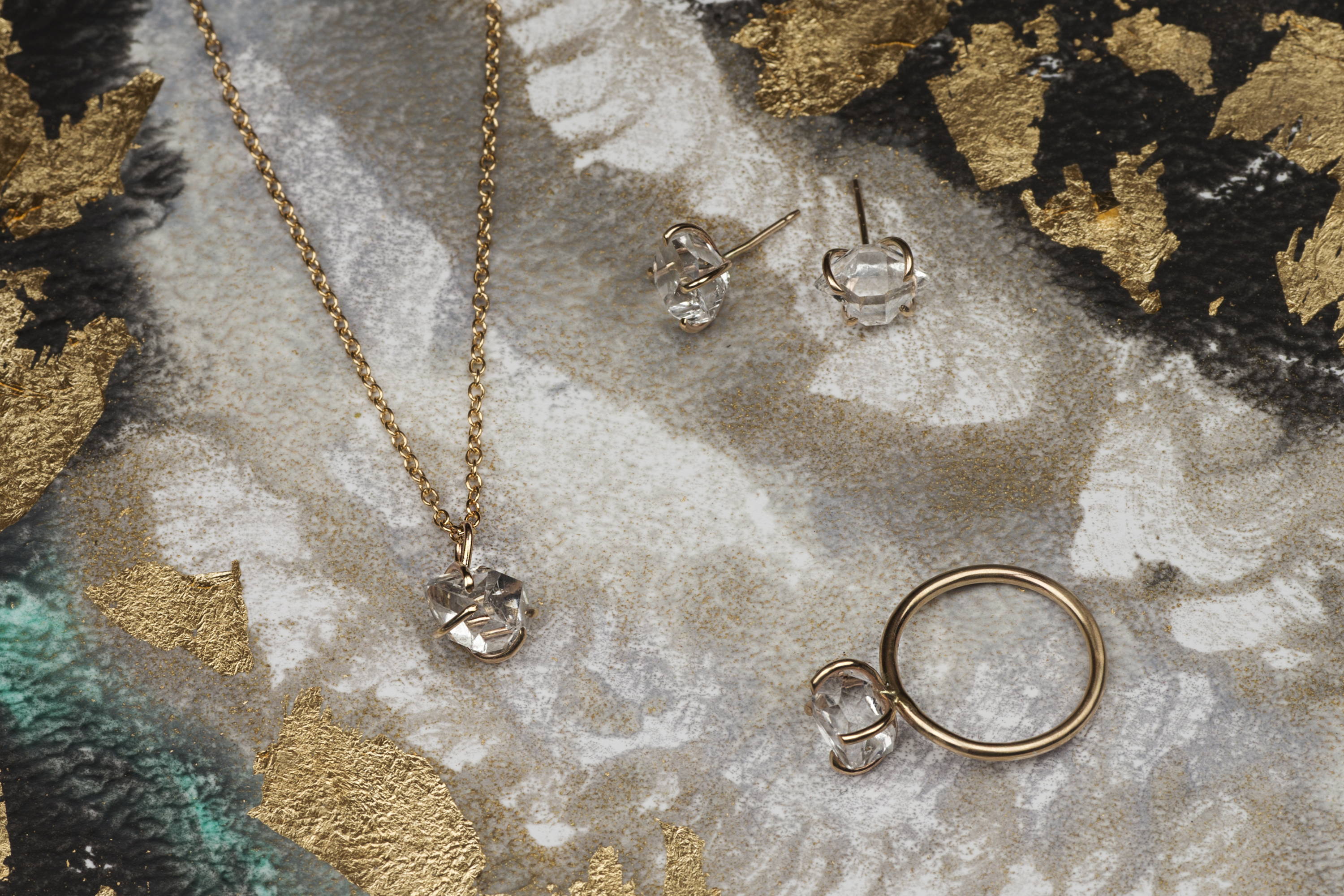 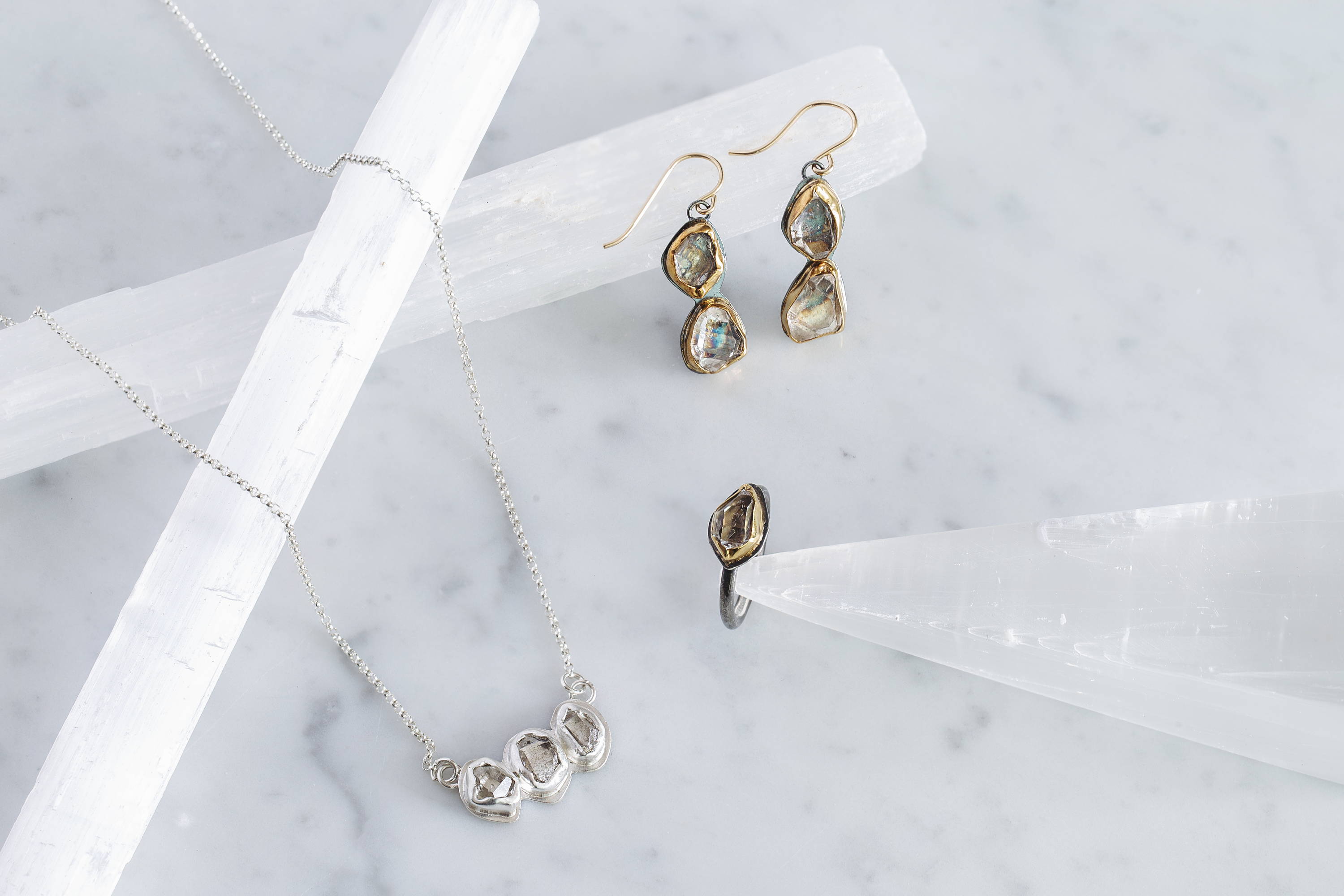 I have been really privileged to make bespoke Herkimer diamond pieces for several clients - from epic necklaces to one-of-a-kind engagement rings. Do you have a vision for a piece of Herkimer diamond jewelry? Learn more about our Bespoke Jewelry process here.