Your cart
Home / In the Studio / All About Birthstones - September 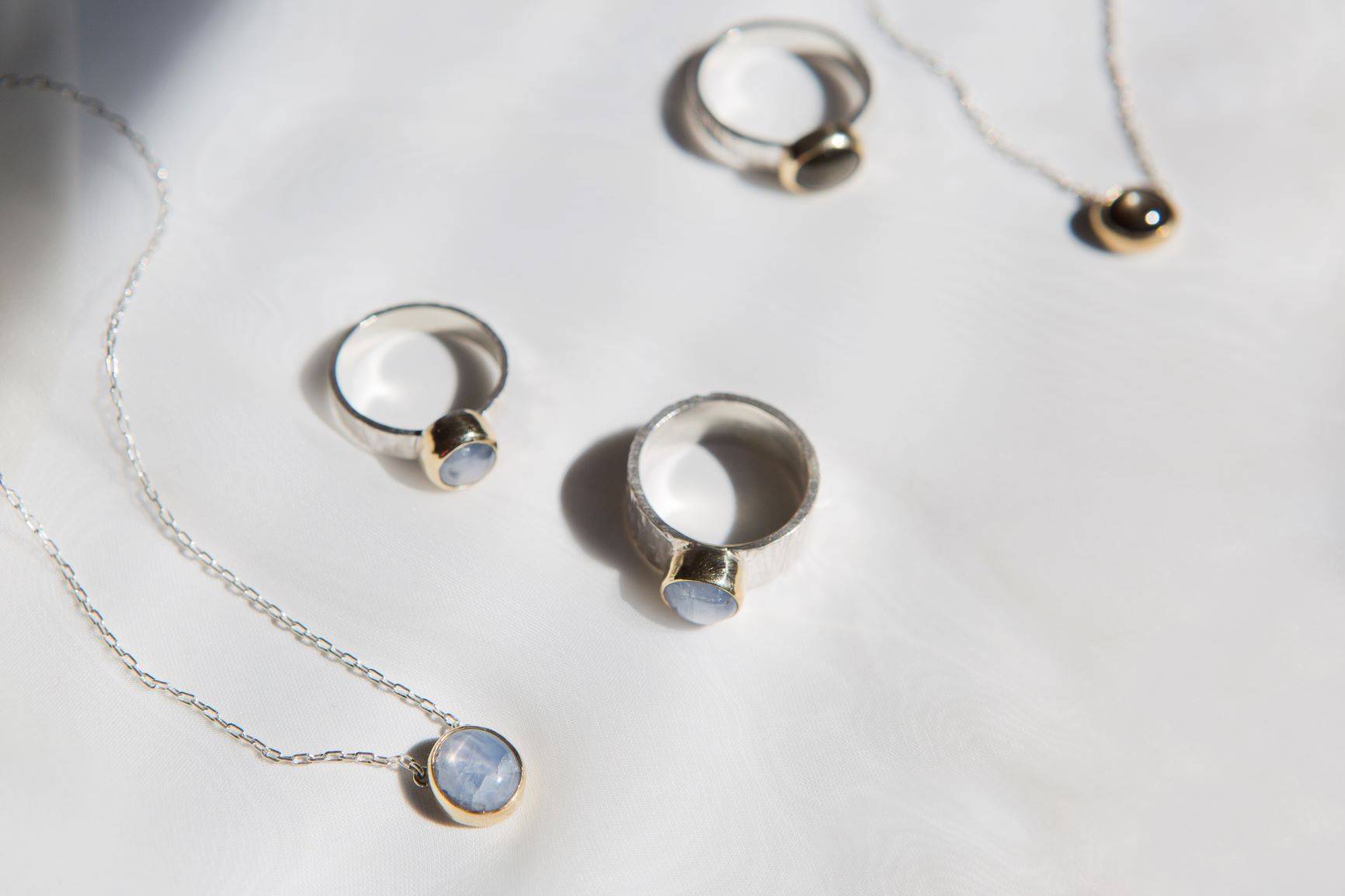 From opaque and shimmering to clear and brilliant, sapphires have captured the imagination of people from traditions all over the world. The familiar color of deep blue sapphires conjures images of royalty and greatness, while its other colors and hues remind us of the variety and beauty of the natural world. These meaningful and beautiful gemstones have been worn in jewelry and as protective amulets throughout history, imbuing them with even more mystery and symbolism as we celebrate their beauty today.

Like its cousin, Ruby, Sapphire is a member of the Corundum mineral group. Although it may seem that the word “Sapphire” is synonymous with the color blue, sapphires can actually form in a range of colors. The traditional “cornflower blue” color has been historically most desirable, but sapphires also occur in a variety of “fancy” colors like yellow, pink, orange, and green. As with most gemstones, the color of the sapphire depends on the presence of certain trace elements within the individual crystal’s structure (iron and titanium being the primary coloring agent for blue sapphires). These traces, and thus the color of the gem, will vary with location of origin and can also be brought about through laboratory treatments like heating, irradiation, and titanium diffusion (a sophisticated laboratory process involving bombarding a crystal with microscopic particles of titanium and other elements until the crystal lattice is saturated, mimicking the appearance of naturally blue sapphires). Sapphire can even exhibit a range of colors within a single crystal, from pale yellow to blue to green. This is referred to as partitioning, which describes the division of the colors within a single crystal. In the trade, these are sometimes called parti sapphires.

An extremely rare orange-pink variety of sapphire is only found in one mining locality, and called a padparadscha (which translates to “lotus flower” in Sinhalese, the language spoken in Sri Lanka where this particular type of sapphire is found).This color is only found in nature very rarely, so although the gemstone market has adopted the term to refer to sapphires within this range of orange to pink, the true term only describes the stones of a particular hue and saturation that naturally occurred in mines in Sri Lanka.

More commonly, sapphires come from several other mining localities, primarily also in Sri Lanka, Myanmar (Burma), and Kashmir. There are also deposits in other parts of Asia, Australia, and even the United States (Montana).

In addition to variances in color, sapphires also form at different clarity grades, and saturation and presence (and type) of inclusions can vary greatly from one crystal to another. Depending on the conditions of the crystal’s growth (determined by geological forces in the crystal’s growth environment), the sapphire crystal structure can be very clear and free of visible growth lines and inclusions, resulting in a brilliant and evenly saturated crystal that will return the most light when properly fashioned into a cut gemstone. Occasionally, though, sapphires have a milkier composition, sometimes with inclusions of the mineral rutile, which can be cut to exhibit an optical effect called asterism in which the rutile needles within the sapphire’s crystal structure scatter the light so that it looks like a 6-pointed star. Accordingly, these are called star sapphires!

Sapphires carry deeply-held traditions and symbolism, catalogued throughout history; in ancient times, sapphires were regarded as protective amulets, believed to protect the wearer from envy and harm. These glowing gems, especially the blue variety, have also often been used in wedding and engagement jewelry as a symbol of faithfulness, sincerity, and nobility. With its range of colors, qualities, and symbolic attributes, Sapphire is sure to endure as one of the most beloved colored gemstones in history.